Soul Society
These are the Ichigo's Group from the Bleach series.

Ichigo's Team was first founded when Ichigo Kurosaki got his Shinigami (Soul Reaper) powers, and worked to defend Karakura Town from Hollow threats, rescuing his comrades and defeating evil Shinigami and Quincies. The team is composed of his friends who gained powers themselves and even made allies with the other world Soul Society, together they help maintain balance and peace across all worlds.

The purpose of team changed over the course of the series, first it started with defending Karakura Town from Hollows, then it turned to saving Rukia Kuchiki from a conspiracy. Then saving Orihime from an evil army, protect Karakura town again, help regain Ichigo's powers, defend Soul Society and all worlds. but mainly, they have focused on protecting Karakura Town.

Tier 8: Digital: Ichigo and his friends have lived in a modern era just like our real world version as it is based on real earth, so they have access to phones, TVs, etc..

Divine: Soul Manipulation (Uryu is capable of collecting spirit particles that allows him to form his spirit based weapons) Perceptual Awareness (The majority of the team have the ability to sense the souls of others, living or dead) Causality Manipulation (Orihime can revert certain things back to their original state with her powers) Healing (Hanataro Yamada possesses standard healing abilities and medical equipment that treats most injuries) Transformation (Many members have this ability, Ichigo involuntarily transforms into his Vasto Lorde state, or Yoruichi into a cat or human) Spirit Physiology (Ichigo is a Soul Reaper from his father's side which is a spiritual entity)

Tier Multi-Buildings: The members of the team operate within the Town of Karkaura where their homes are as well as Urahara's Shop is located.

DC: Large Building+-Town: Ichigo held off powerful Hollows such as the Menos Grande and even gave 20% Renji a hard time. Large Building+: Uryu would be close to said level of Hollow's strength. Unknown: The fighting power of Chad and Orihime.

Durability: Large Building+-Town: Ichigo held back a Meno Grande's Cero which only a few Shinigami were capable of holding off. Large Building+: Uryu's durability against strong hollows. Unknown: The durability of Chad and Orihime.

Speed: Subsonic: Ichigo's movement speed with Supersonic+ reaction speed against Shrieker's bombs. Subsonic: Uryu should be comparable to Ichigo with his Hirenkyaku. Peak Human: The running speed of Chad and Orihime being stronger than average humans.

DC: Town-Mountain+: Ichigo after training with Urahara and Yoruichi could go up against the likes of unsealed Kenpachi and Bankai Byakuya Kuchiki. Mountain: Uryu with his Letzt Stil form, managed to damage and defeat Mayuri Kurtsuchi with Bankai. Unknown: The fighting power of Chad and Orihime after training.

Durability: Town-Mountain: Ichigo after training with Urahara and Yoruichi managed to take hits from Captain level characters. Town: Uryu's durability against Mayuri Kurotsuchi. Unknown The durability of Chad and Orihime.

DC: Mountain+: Ichigo after training with Shinji to control his Hollow powers and fought against Grimmjow and Ulquiorra who the latter stated he could nuke Las Noches in his release state (Around Island Level after training in the Dangai and matched Transcendent Aizen). Town (possibly Mountain): Uryu regained his powers that allowed him to harm even an Espada Szayelaporro Granz. Unknown: The fighting power of Chad and Orihime after training (possibly Town Level for Chad).

Durability: Mountain+: Ichigo after training with Shinji could take hits from Espada characters (higher after Dangai training as he took hits from Aizen). Town-Mountain: Uryu's durability against Szayelaporro Granz. Unknown The durability of Chad and Orihime (possibly Town Level for Chad).

Speed: Massively Hypersonic+: Ichigo's combat and reaction speed against Grimmjow and pre-Resurrection Ulquiorra (Higher with training in the Dangai who could tag Transcendent Aizen). Massively Hypersonic+: Uryu should be comparable to Ichigo with his Hirenkyaku (as he could blitz pre-Resurrection Szayelaporro). Unknown: The running speed of Chad and Orihime being stronger than average humans.

DC: Mountain+: Ichigo after training to unlock his Fullbringer powers (Higher after regaining his Shinigami powers from various Shinigami themselves and could destroy a small pocket dimension with his Bankai). Town (possibly Mountain): Uryu should be around a similar level as he was back during Arrancar Arc. Unknown: The fighting power of Chad and Orihime (possibly Town Level for Chad).

Durability: Mountain+: Ichigo after his Fullbringer powers (Higher after regaining his Shinigami powers). Town-Mountain: Uryu's durability as he should be comparable to when he was at Arrancar Arc. Unknown The durability of Chad and Orihime (possibly Town Level for Chad).

DC: Large Country: Ichigo after achieving his full power after his Quincy powers resigned his hold on him and gained two Zanpakuto and was able to challenge the likes of Yhwach. Large Country: Uryu should be around this level as well as they fought the likes of Jugram Haschwalth who is stronger than all of the Sternritters. Mountain: Many allies such as Kisuke, Yoruichi, Rukia and Renji who were able to fight and/or defeat captain level enemies such as As Nodt, Mask De Masculine and Askin Nakk Le Vaar (Youruichi and Kisuke would be stronger in this case). Town+: Chad and Orihime who should be around this level comparable to high level Soul Reapers such as pre-time skip Rukia. Wall+: The strength of Ganju and possibly Hanataro physically.

Durability: Large Country: Ichigo and Uryu managed to tank hits from the likes of Yhwach and Jugram. Mountain: Kisuke, Yoruichi, Rukia and Renji were able to take hits from Sternritters and captain level enemies. Town+: Orihime and Chad should be around this level based on the former's ability to tank high level attacks. Wall+: Ganju can take this amount of injuries and keep fighting.

Speed: Massively Hypersonic+: Ichigo, Uryu and Yoruichi should be considered the fastest of the group with the former two being the strongest and the latter being one of the fastest in the whole series. Massively Hypersonic+: Other mid level members such as Rukia, Renji should be around this level that can react to Sternritters who can match the speeds of high level Shunpo users. Hypersonic+: Reaction speeds of Orihime and Chad which the former can react to Mayuri's bombs at point blank range (combat and movement speed for Chad). Peak Human: Low level members movement speeds.

Their greatest strength comes from their high level members that looks out for the other members of the team, they also take initiatives in being the first group into battle in most occasions and gives time for their allies to join in. Their skills are diverse and have many roles that they can fulfill in times that would most require them, attack, defense, support, tanking, etc..

The high level members carry most of the weight of the team as they are the strongest while the rest are likely to be dead weight when they are extremely outclassed. 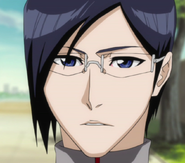 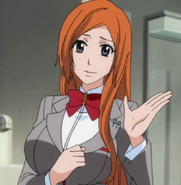 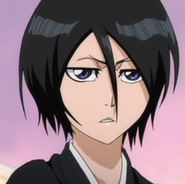